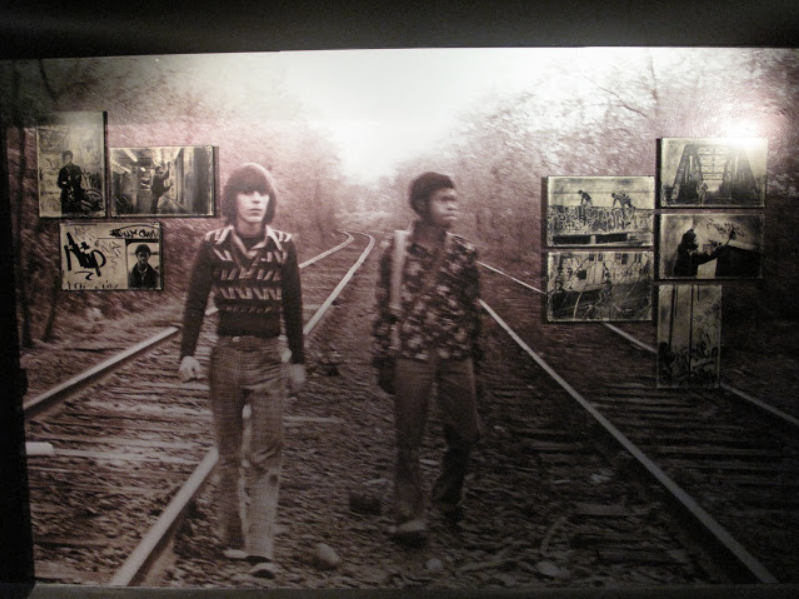 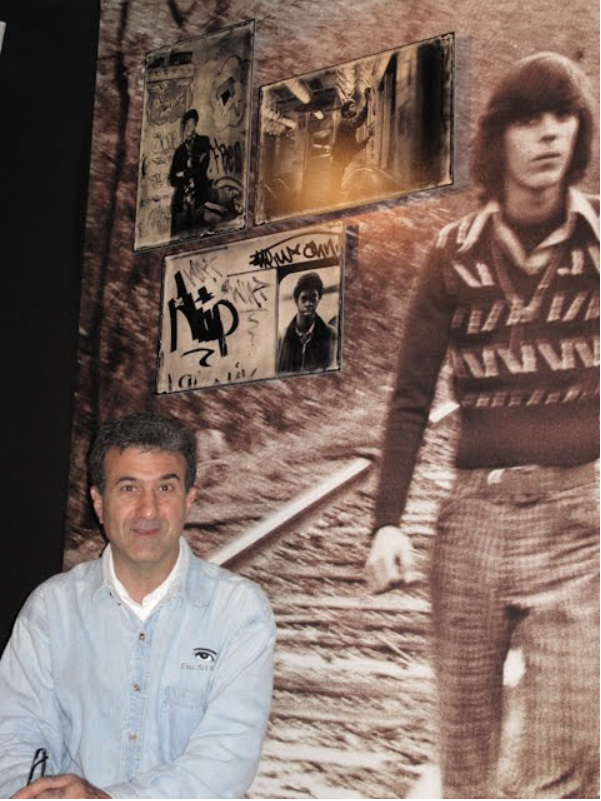 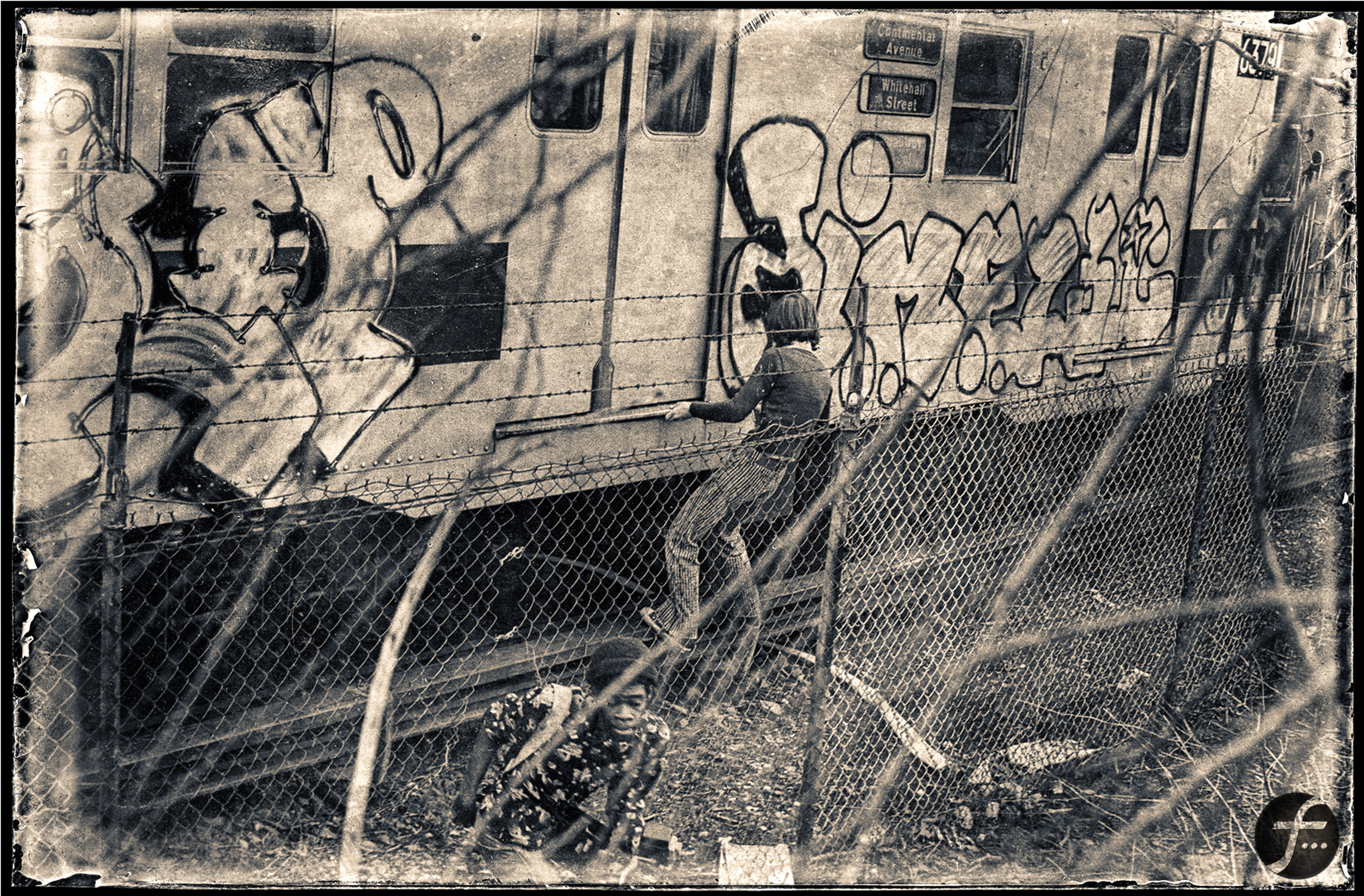 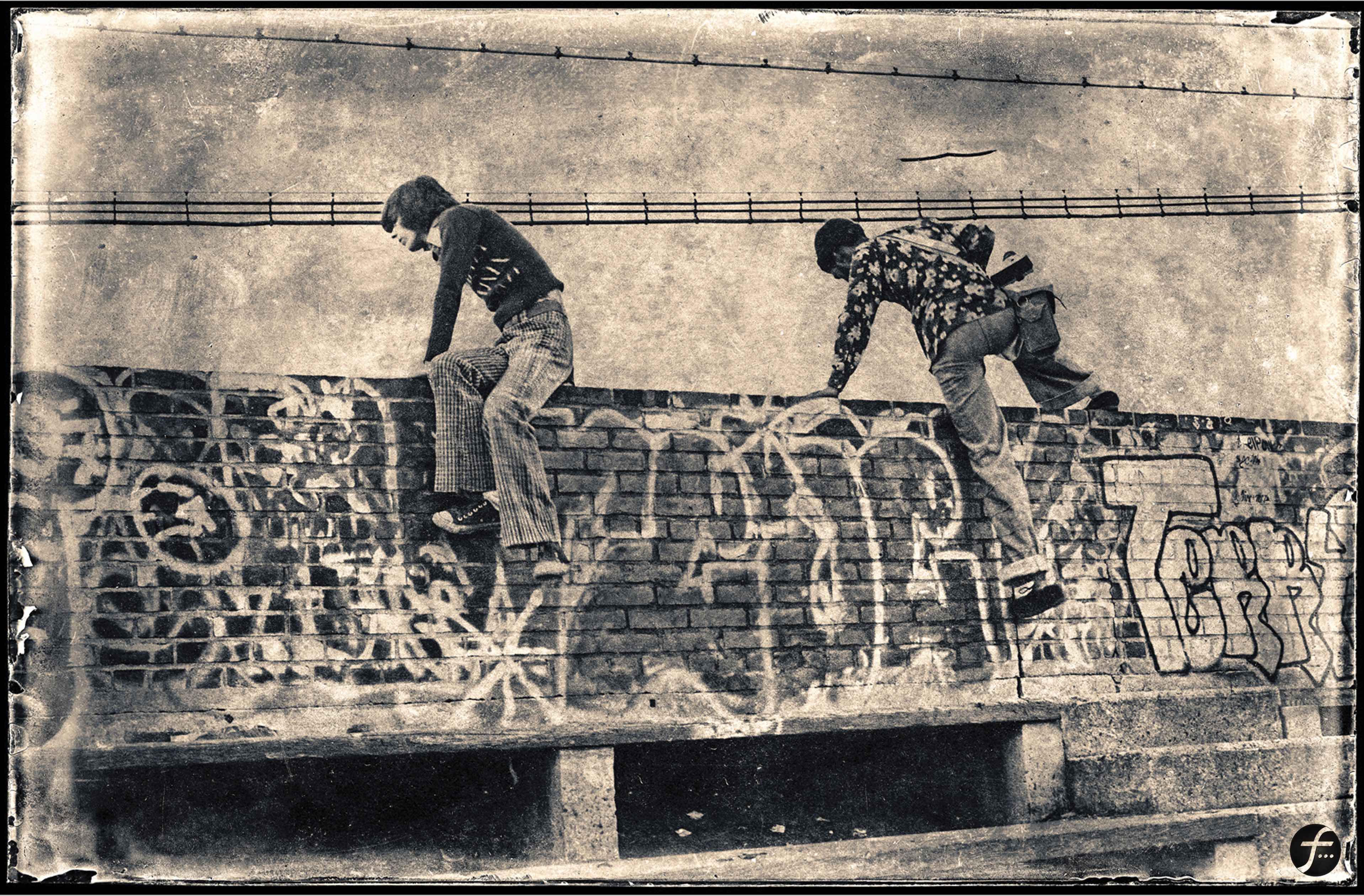 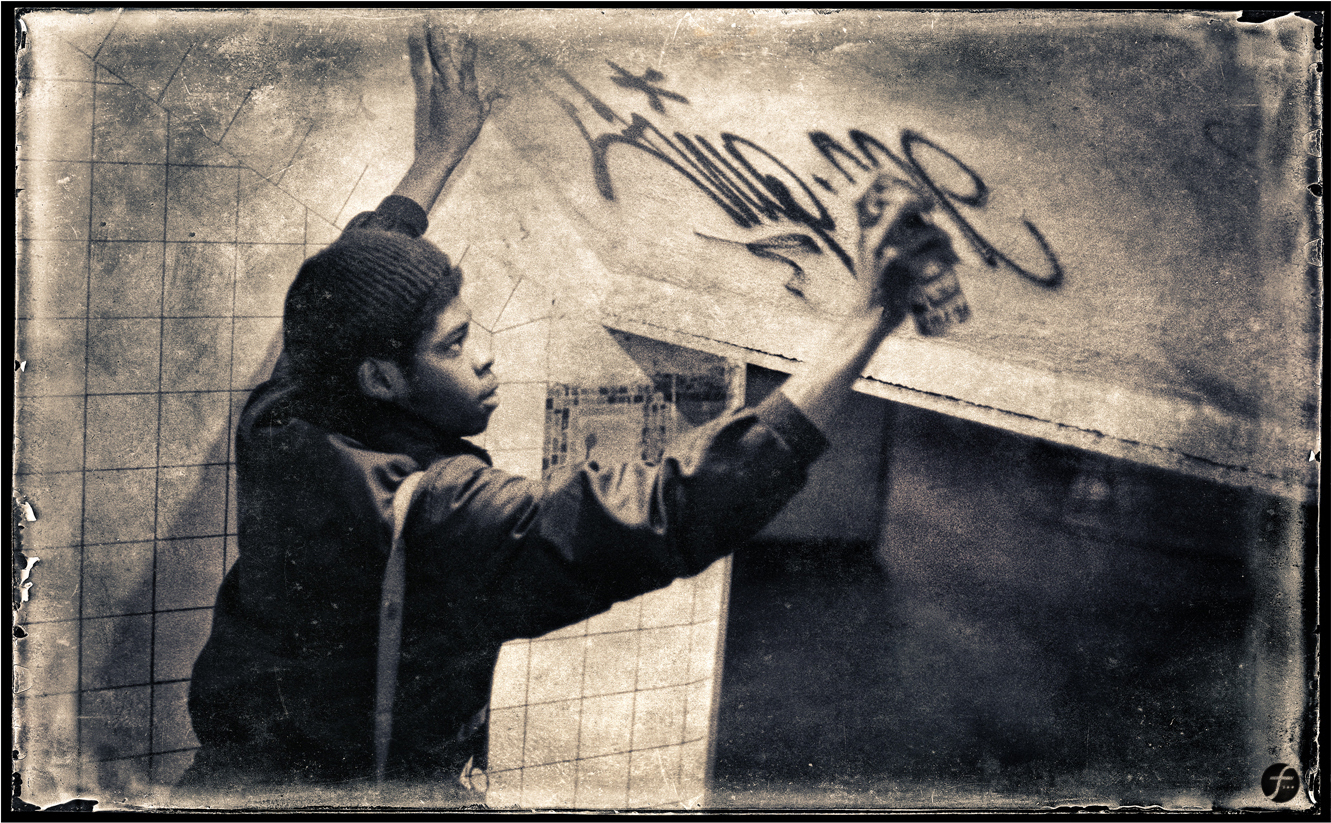 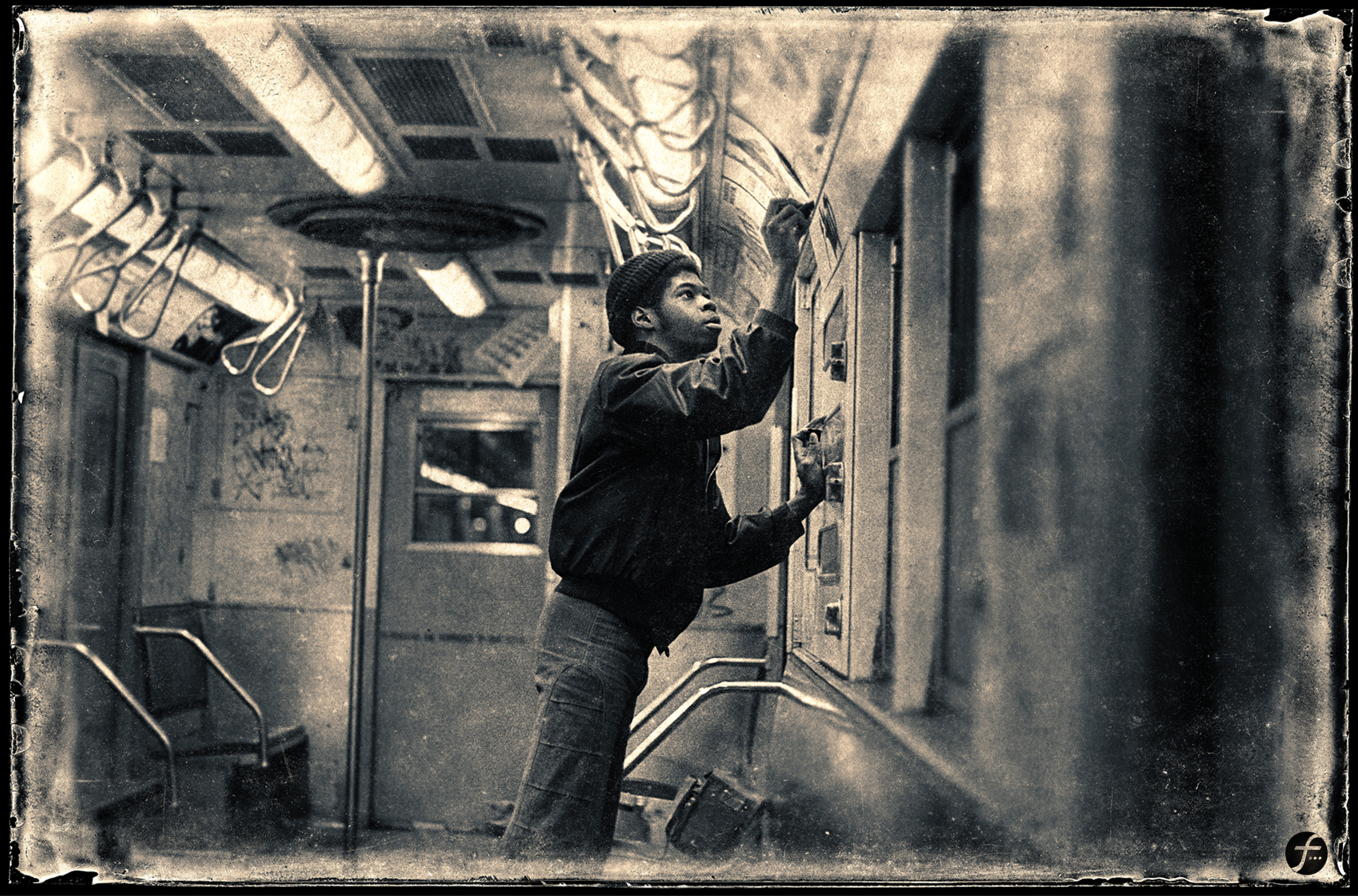 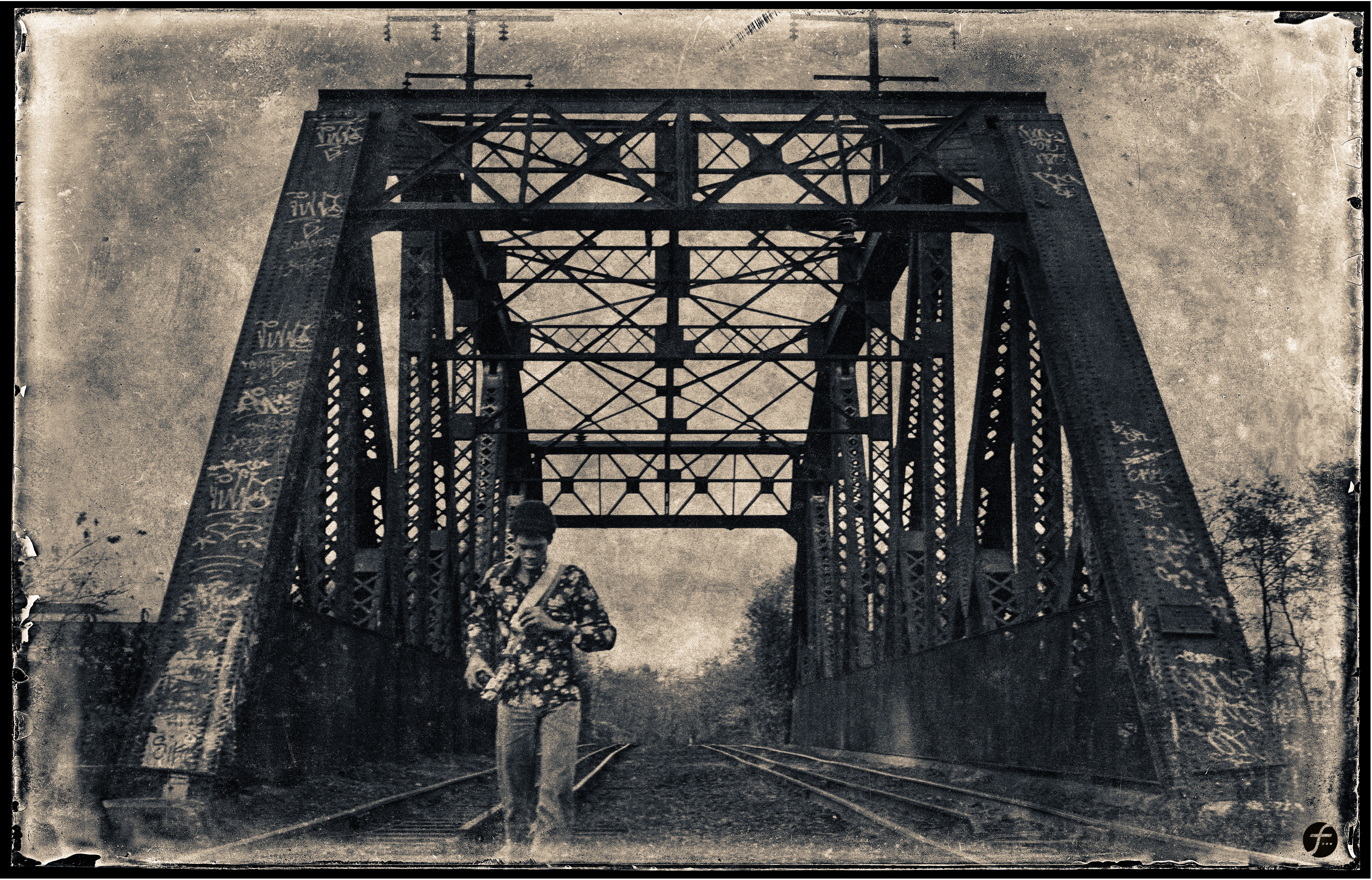 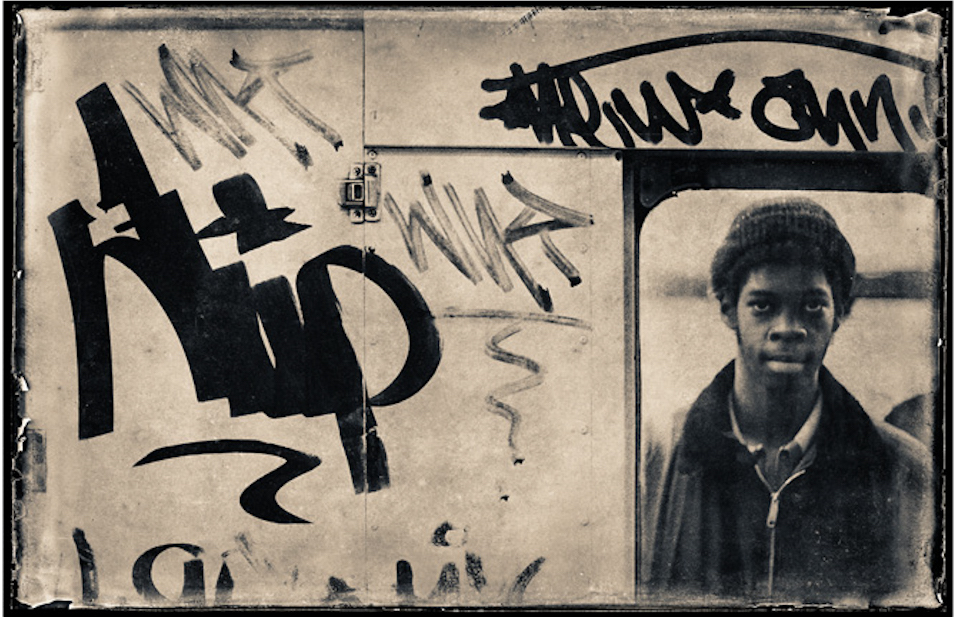 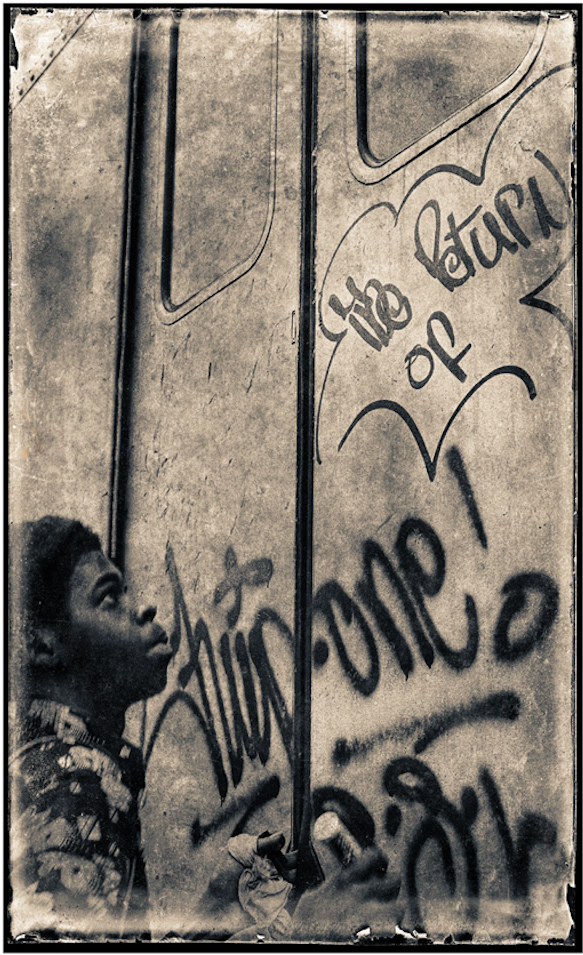 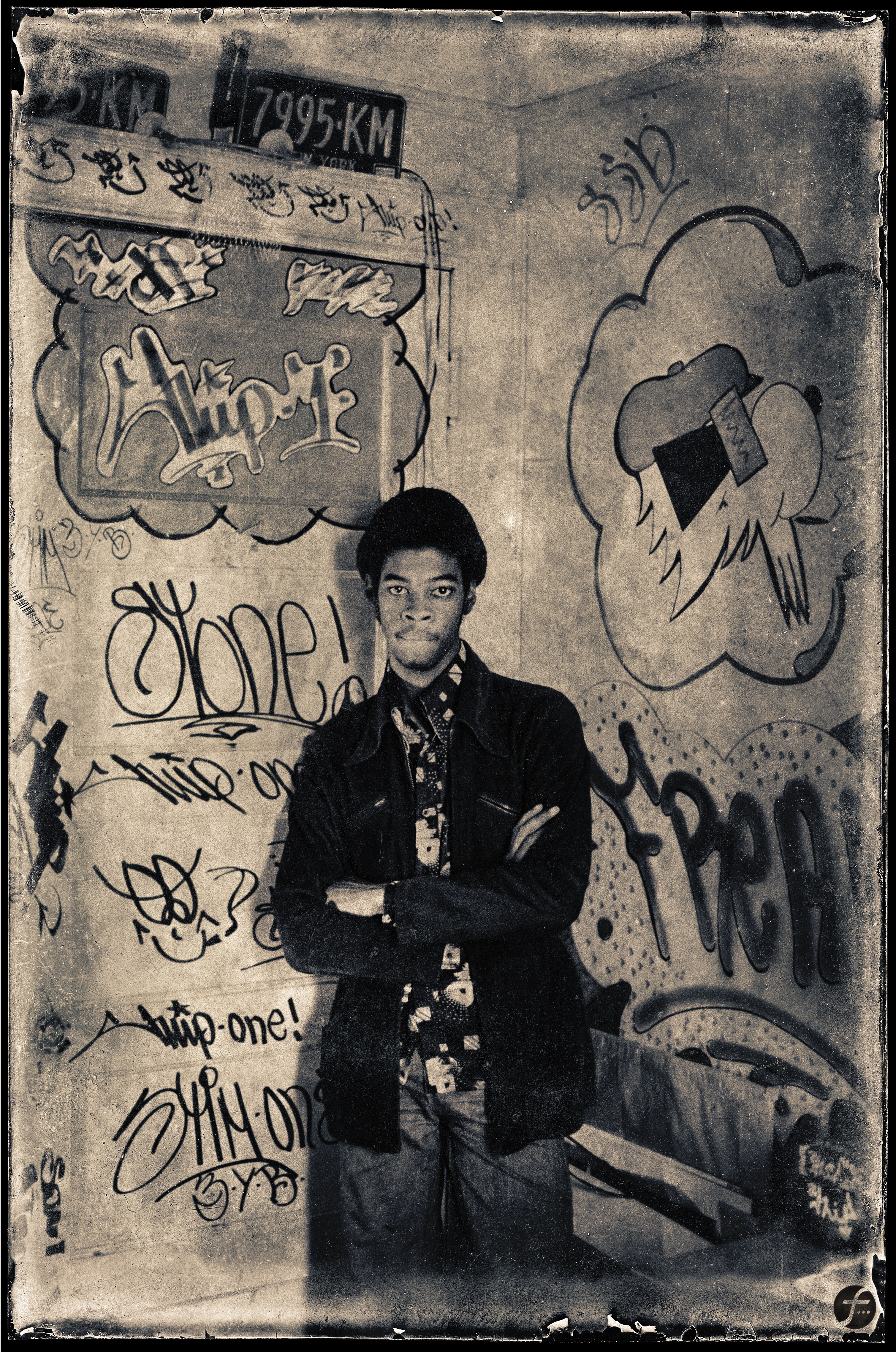 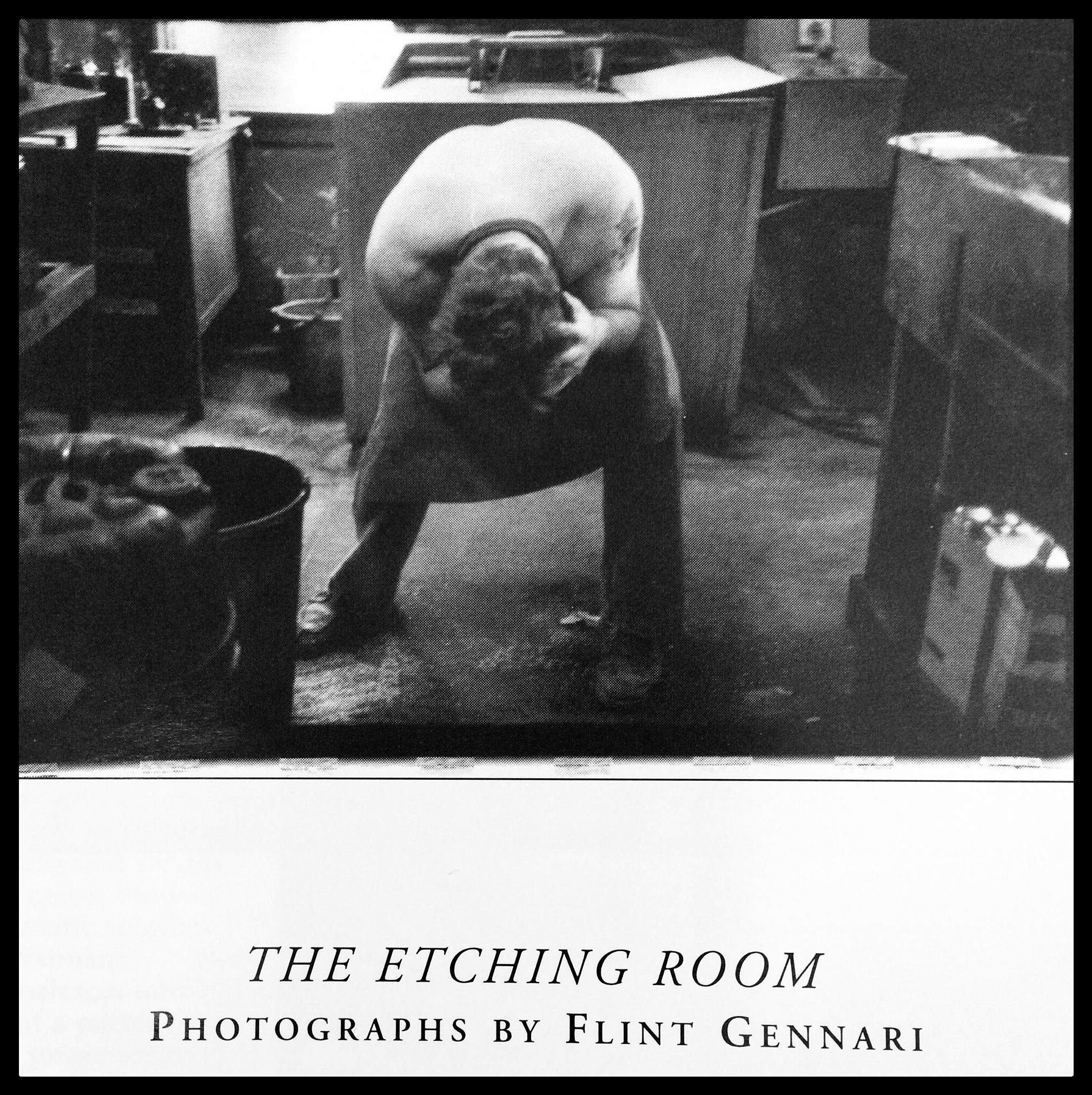 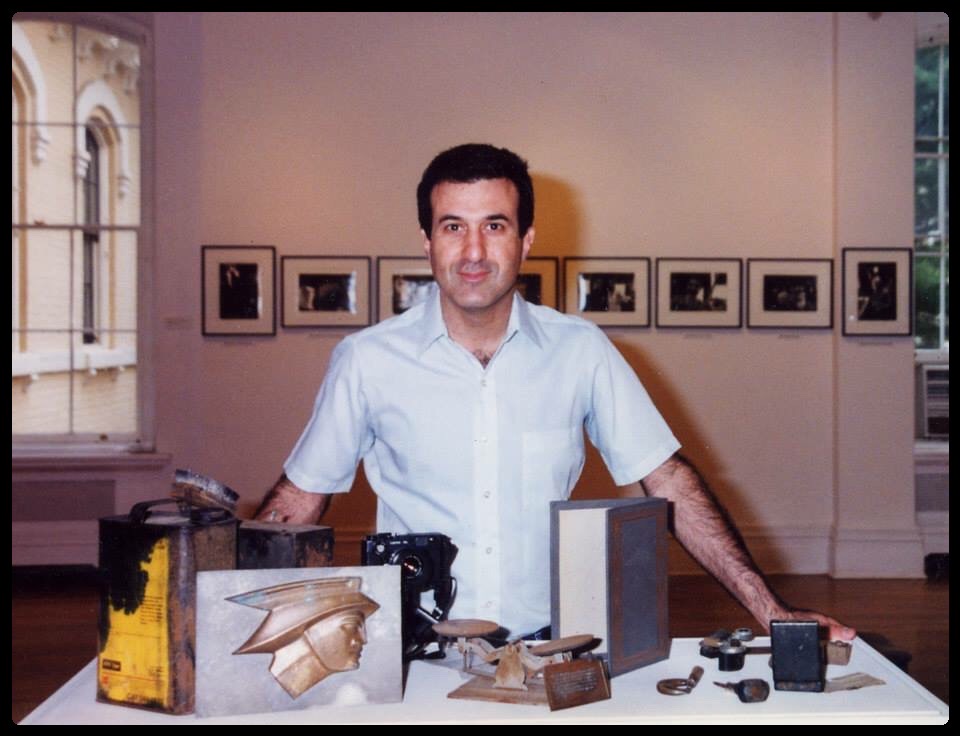 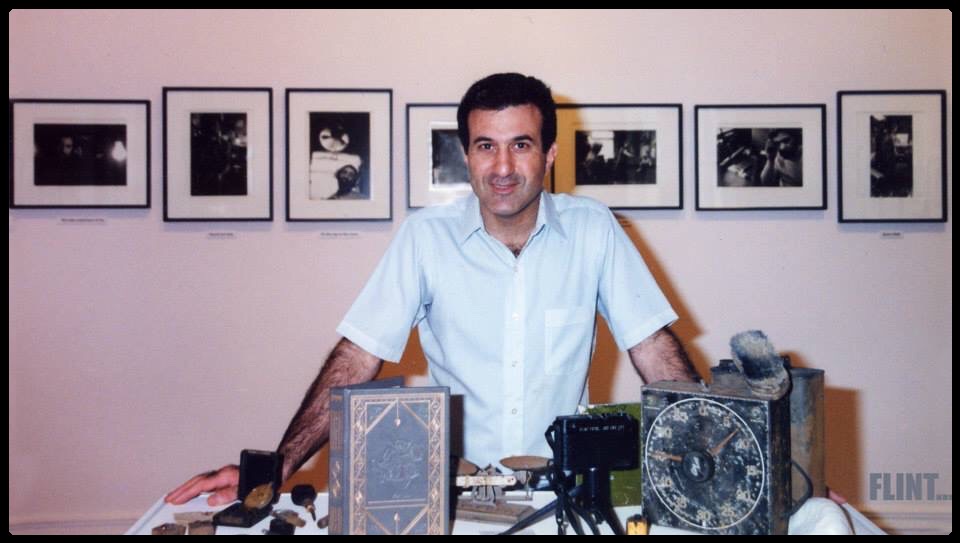 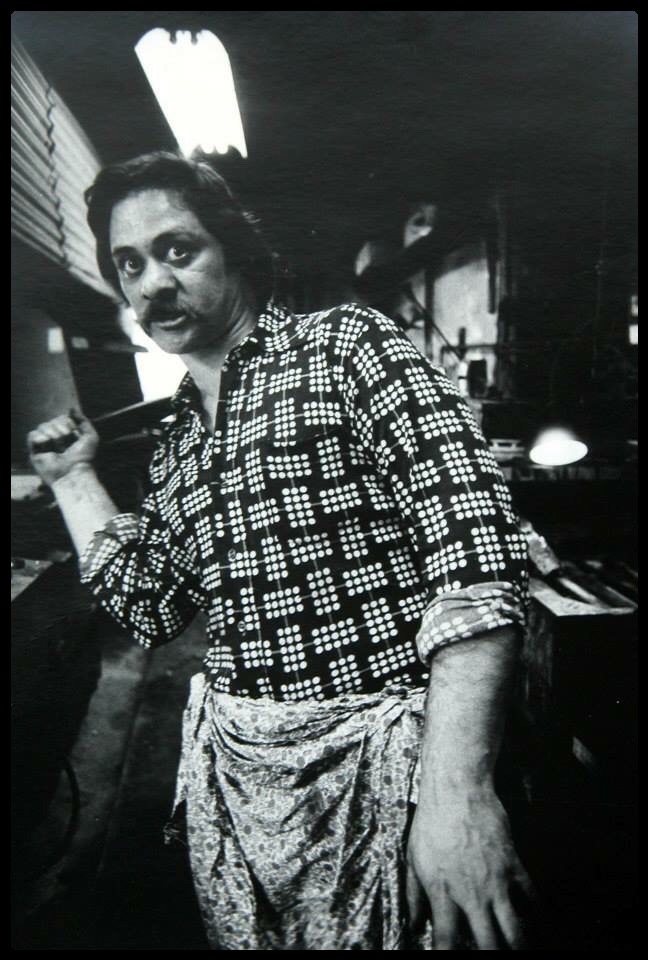 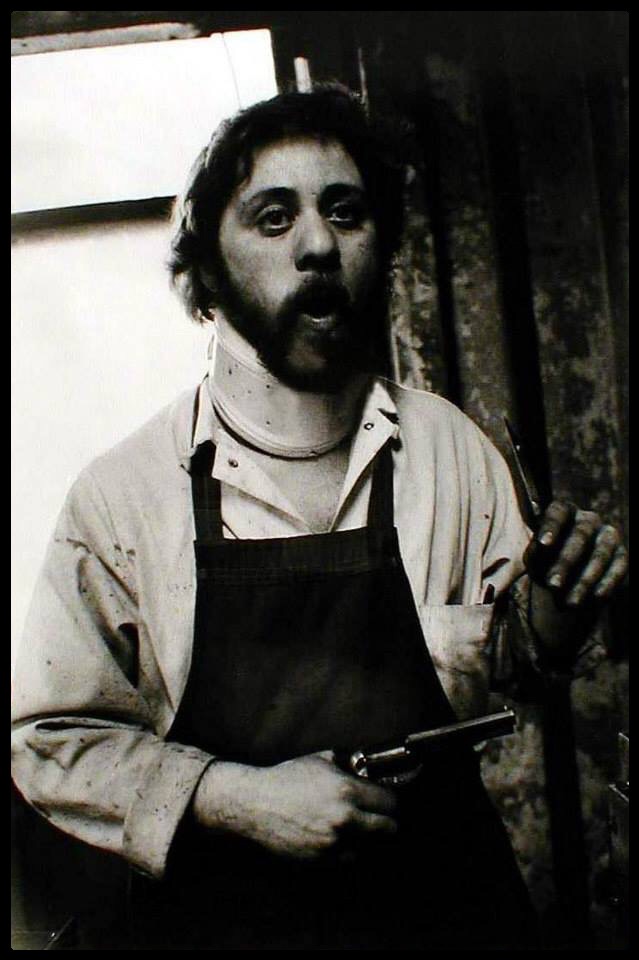 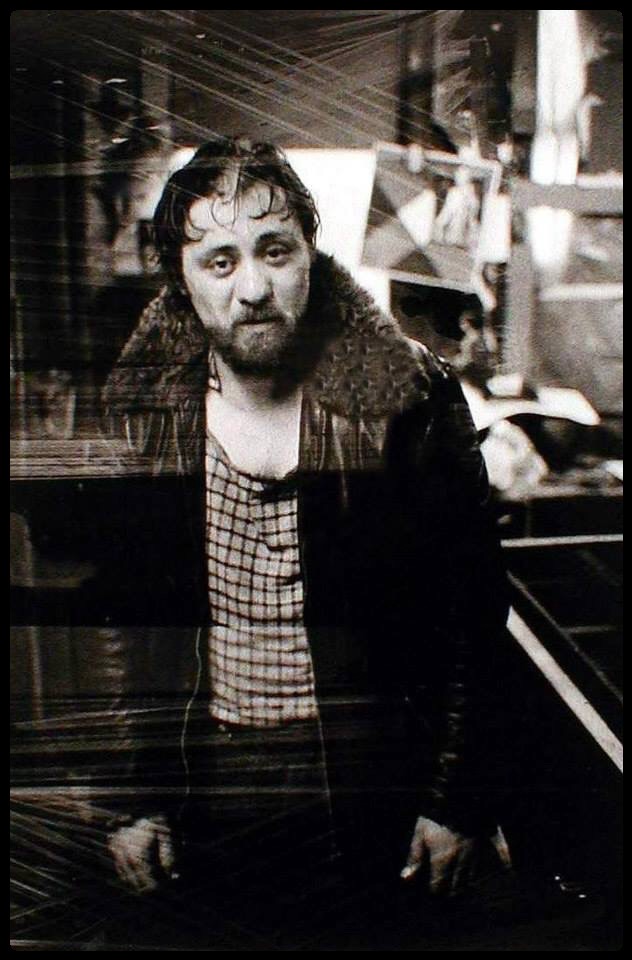 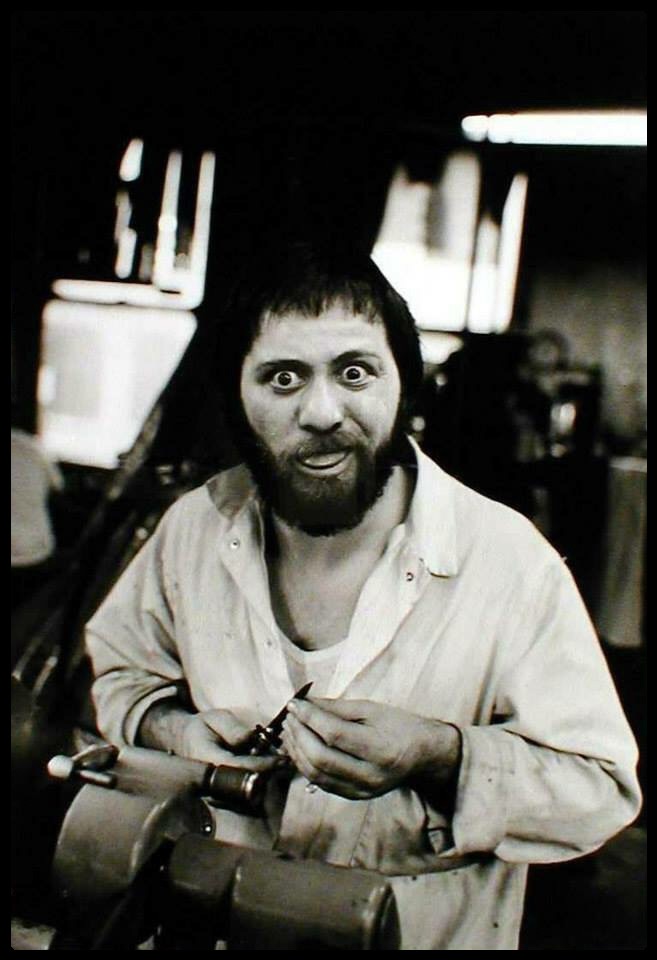 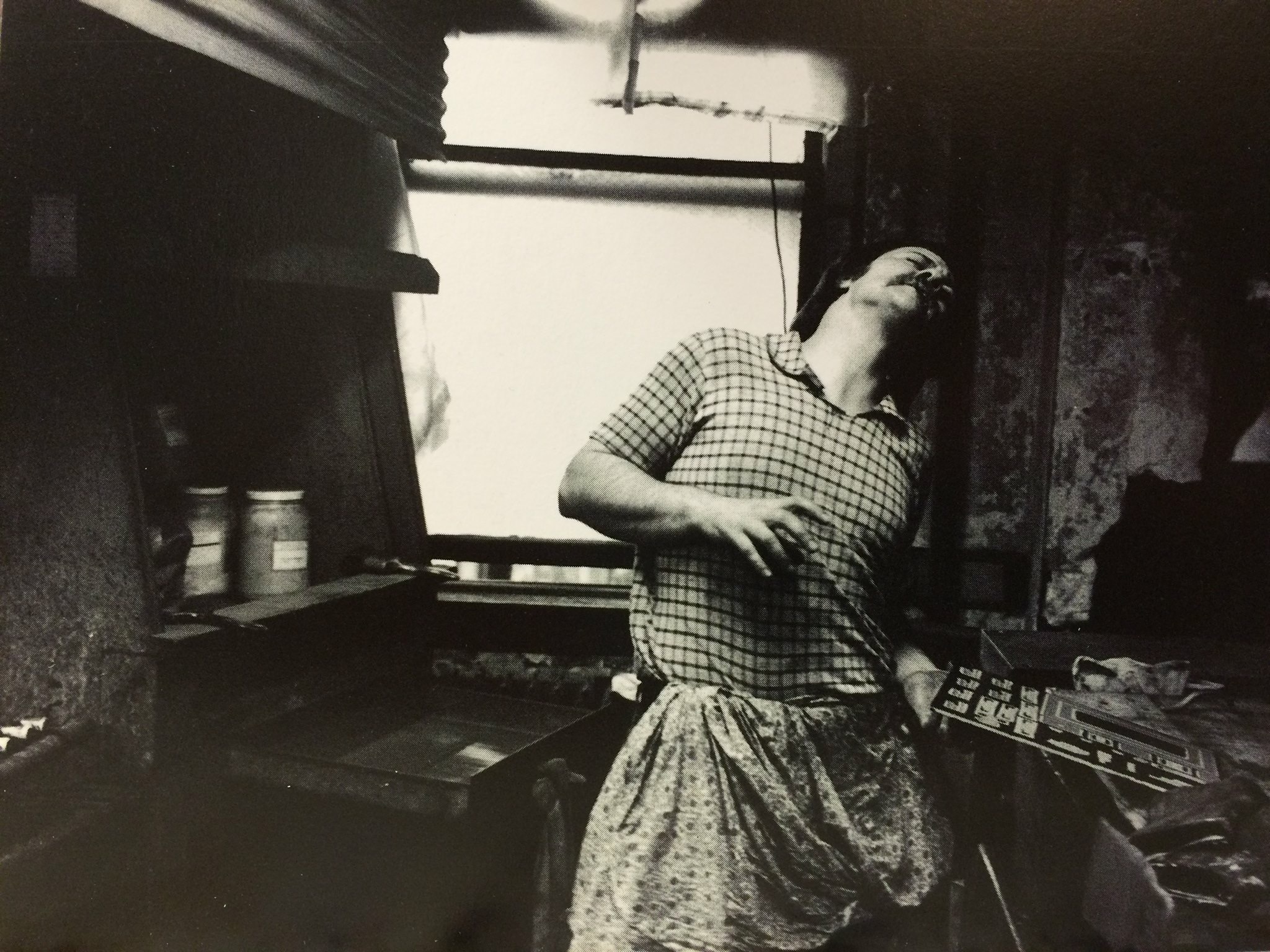 This solo exhibit of 50 hand-printed silver prints by Flint Gennari was held from March 26th to April 23, 2000.
The title of each photo told the story and led to the next image.
Our man Flint goes undercover again, this time to bring back images from one of the last Old World engraving shops.
The master etcher here likes to mix more chemicals than needed to Deep-Etch Brass Plates.
This museum exhibit was reviewed in the April 17th, 2000 issue of THE NEW YORKER magazine.
Fifteen years ago Gennari was employed for a short time as a cameraman in a SoHo engraver's shop. In his official capacity, he took pictures that were used in the engraving process; unofficially, his principal subject soon became the unusual goings on in the shop itself, namely the antics and anguish of his co-worker Felix, the master engraver. Charming, drug-addicted, and seemingly touched with madness, Felix struggles to retain his individuality amid mundane surroundings; his fight takes on almost metaphysical overtones in this highly unusual series of gritty black-and-white prints. Through April 23. (Snug Harbor Center, 1000 Richmond Terrace, Staten Island. 718-448-2500.) 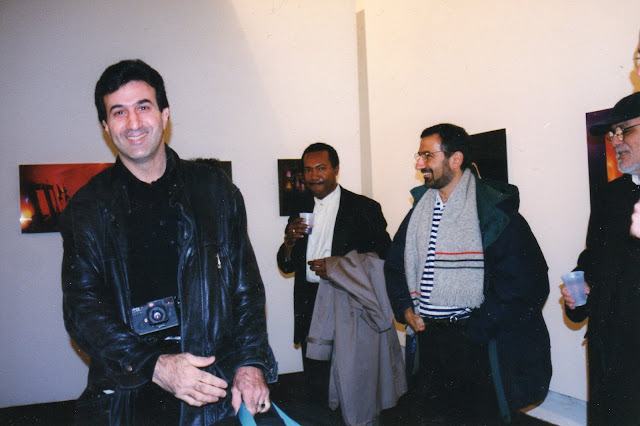 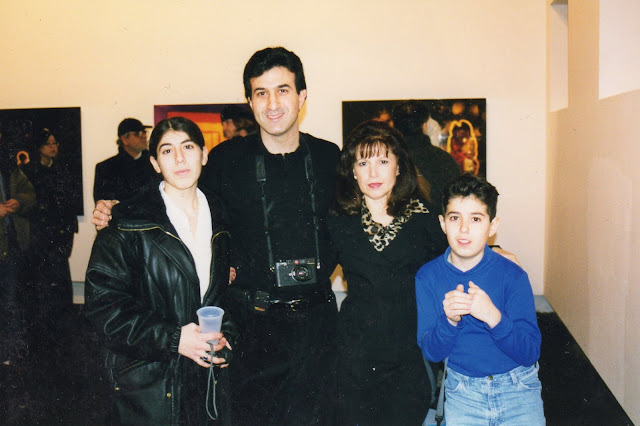 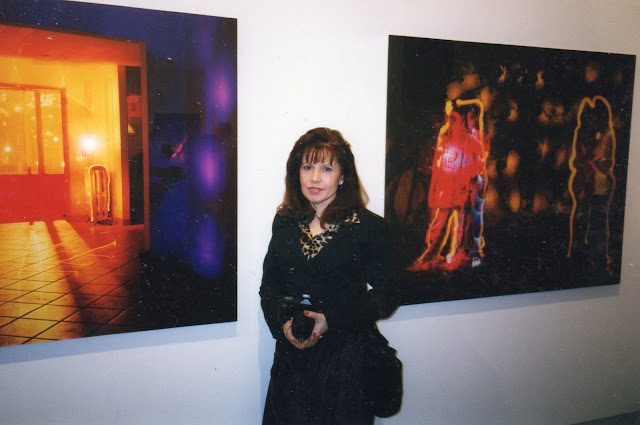 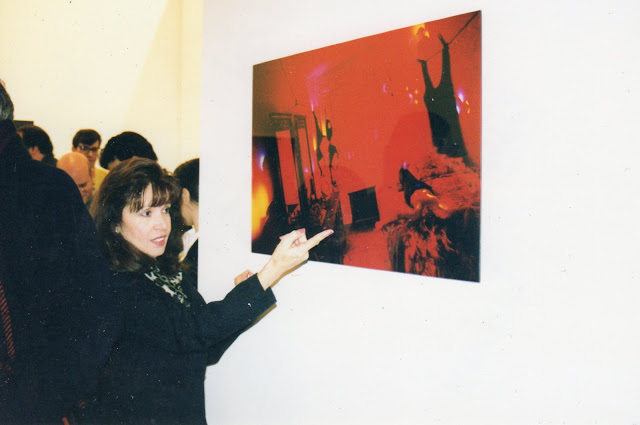